Institute for Experimental Medical Research (IEMR) is one of the oldest and largest dedicated medical research departments in Norway. In addition to being an academic department at the University of Oslo, the institute is located within Oslo University Hospital as part of Division of Cardiovascular and Pulmonary Diseases.

The institute was established in 1951 at the initiative of Carl B. Semb, Professor of Surgery, and was made possible through a donation from ship-owner Anders Jahre. Their idea was to create an environment that promoted research in collaboration with the clinical departments at Ullevål Hospital. The connections to the hospital’s Department of Surgery have always been strong.

Professor Fredrik Kiil was head of institute from 1961 to 1991. He developed the first extensively used artificial kidney and established renal physiology as the major research area at the Institute. Ole M. Sejersted was appointed Professor and Head of Institute in 1991. Since then, renal physiology ceased to be an area of investigation, and the focus shifted to cardiovascular research. In June 2017 Sejersted retired, and Professor Ivar Sjaastad succeeded Sejersted as Head of Institute. During the recent years, the institute has taken a translational approach to cardiovascular disease, pursuing both basic research and clinical studies on disease mechanisms. In 2017-21 the institute is the host for a KG Jebsen center for medical research, which points to the excellent translational research performed at the institute.

In 2022 Mathis Korseberg Stokke took over the position as Head of Institute at IEMR.

The Institute is both a part of Division of Cardiovascular and Pulmonary Diseases (HLK) at Oslo university hospital, and the Institute of Clinical Medicine at University of Oslo. There are eight research groups at the institute, all focusing on cardiovascular diseases. The institute also hosts three regional technological core facilities, offering service to the regional and national research community.

The Institute is funded by Oslo university hospital, University of Oslo, private and public charities and foundations, as well as Research counsil of Norway, Regional Health authorities, EU and other public sources. 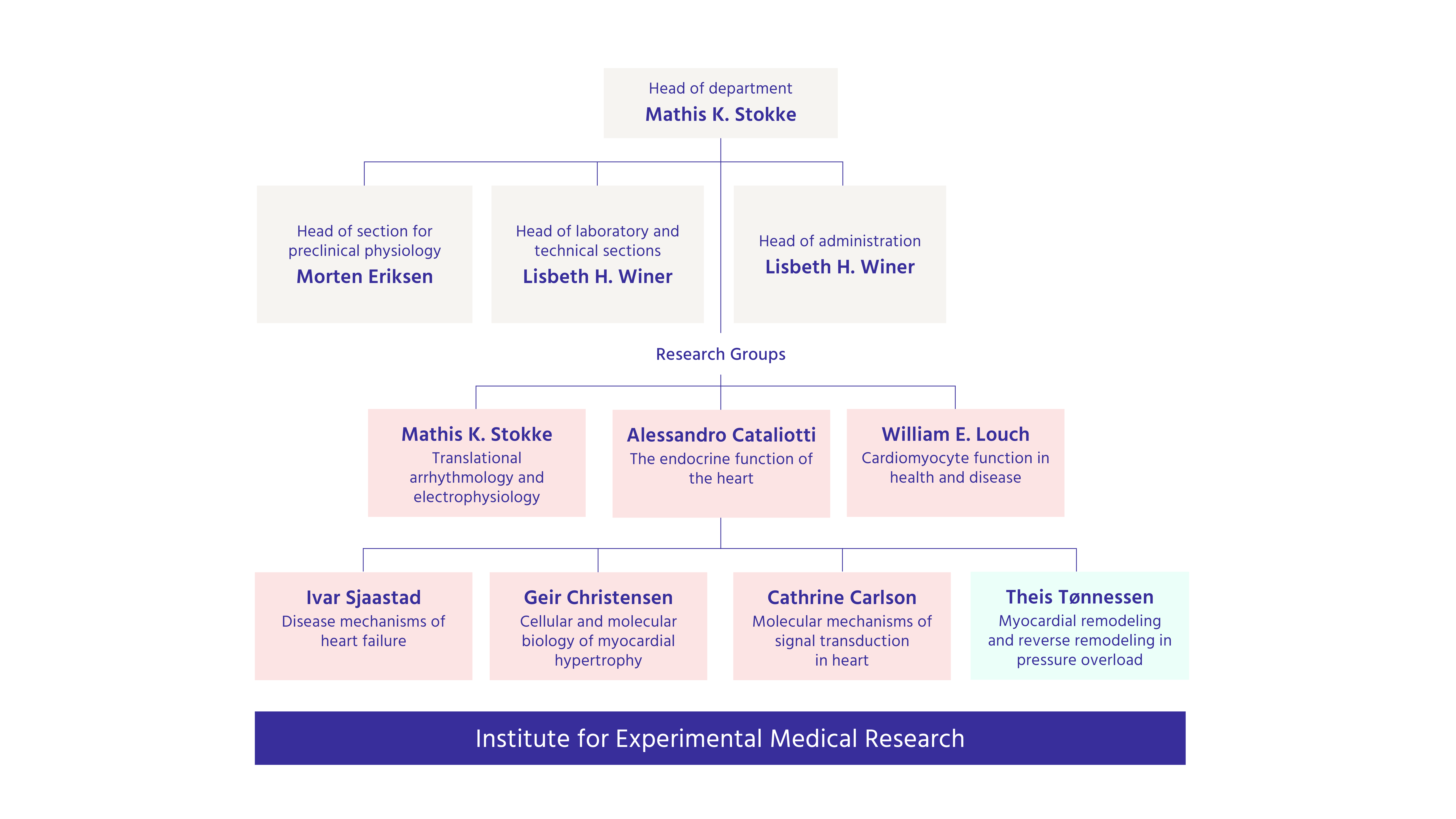