dSTORM: In a blink of a molecule

Postdoctoral fellow at IEMR, Xin Shen, explains how he and his colleagues can distinguish subcellular structures down to 15 nanometers by using the technique dSTORM.

The basics of fluorescence microscopy involve labelling a biological sample with some type of fluorescent molecule. We can then excite the molecule with light of a certain wavelength, which in turn gives off a light of a longer wavelength for us to visualize.

In modern light microscopes, the maximum resolution that can be achieved through conventional means is around 250 nm laterally, and 550 nm axially. This is quite impressive, but subcellular structures such as proteins are much smaller, existing at the nanoscale.

When we have two objects that are separated by a distance greater than the resolution limit, we can visualize them clearly as two distinct objects. But, when the two objects are closer than the resolution limit, we can no longer tell them apart. This is clearly a problem, especially if you’re trying to find the exact number or the location of proteins. 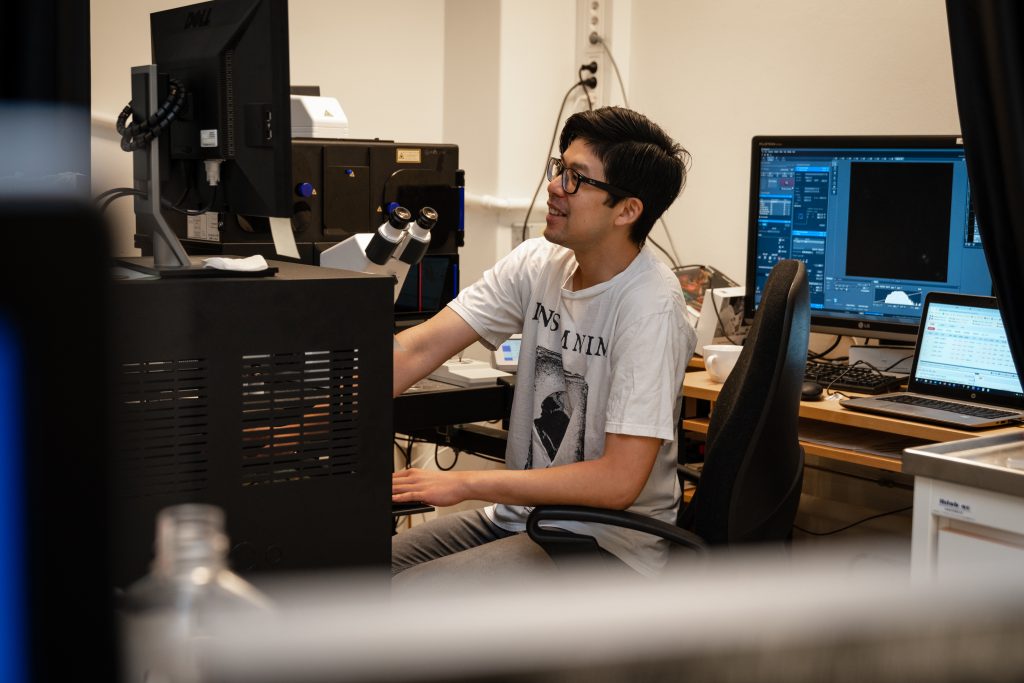 One such technique is dSTORM. So how does it work? In this example, we have three fluorescently-labelled objects that are quite close to each other. With standard light microscopy, we can’t resolve them individually. However, given the right chemical environment, usually in the form of excitation with high intensity light, fluorescent molecules can undergo a process called photoswitching. This basically means that each molecule randomly switches on and off between a bright state and a dark state, with each cycle resulting in a fluorescent blink.

Since we know each ‘blink’ comes from just a single fluorescent molecule, we can fit a simple equation to it to find the center of each blink, allowing us to get around the diffraction limit. With dSTORM we can improve the resolution from 250 nm all the way down to 15 nm!

Here is one example of a rat cardiac muscle cell that has been fluorescently labelled for the calcium releasing channel Ryanodine receptors (RyR). With conventional light microscopy, we see the striated arrangement of the RyRs, but they are quite blurry and lack any distinctive features.

By massively increasing the intensity of excitation, we kick start the photoswitching process, resulting in stochastic blinking. We then acquire tens of thousands of blinks over the course of several minutes. At the end, the position of each blink is calculated, and is used to reconstruct the final super resolved image.

In contrast to conventionally imaged RyRs, dSTORM imaging reveal far greater detail in how the clusters are arranged.

Rea more about the Core Facility Super-resolution and Confocal Microscopy 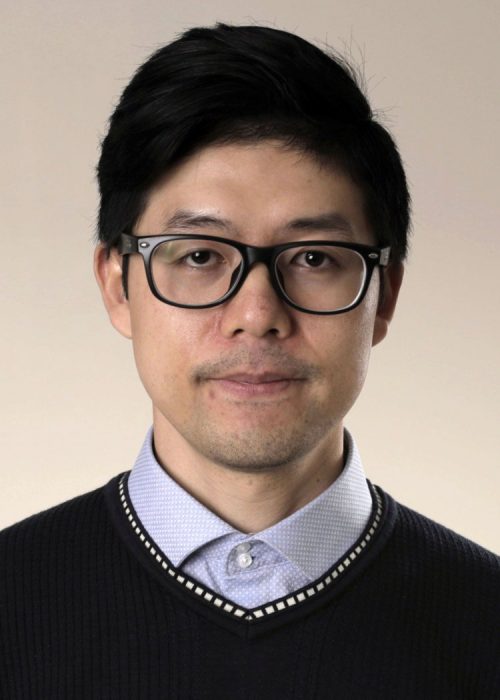